New York prosecutors announced more than 100 New York City cops, firefighters and correction officers were charged today with falsely claiming to be suffering from depression and anxiety as a result of the 9/11 terror attacks.

Up to $500,000 will be awarded as a result of the alleged scam, for uniformed personnel and costing taxpayers millions of dollars, according to the indictment.

Police Commissioner William Bratton said, “The retired members of the NYP indicted in this case have disgraced all first responders who perished during the search and rescue efforts on Sept. 11, 2001.” 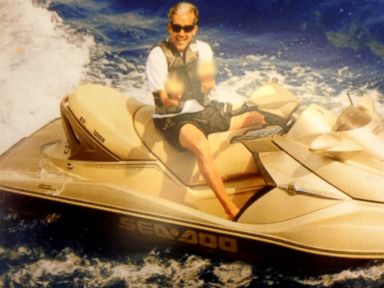 How to Fake Depression

The prosecution backed up its case with recorded phone calls of the suspects being coached on how to behave in front of a medical board and photos of the suspects doing vigorous activity like jet skiing, doing mixed martial arts, and going on cruises after convincing doctors they were unable to leave their homes.

Hale is president of a firm that determines eligibility for Social Security disability. Esposito is a former NYPD employee and Minerva is an ex-cop who is currently a disability consultant for the Detectives Endowment Association.

None of the accused actually suffered from debilitating stress, officials claim. Many were caught working after retirement, a violation of disability benefits.

Court papers included what prosecutors said were recorded phone calls in which Esposito “coached” the officers how to dress and behave and now to muff questions to show that lacked concentration.

“They’re liable to say… spell the word ‘world,’ so you go ‘W-R-L-D.’ Then they’re gonnna say ‘Spell it backwards.’ You think about it, and you can’t spell it backwards,” Esposito was recorded saying.

He allegedly told officers claiming that their debilitating anxieties stemmed from the 9/11 attacks to tell examiners they were “afraid of planes and entering large buildings.”

Most of the arrests in the fraud sweep took place in the city, with others being busted in Florida and elsewhere in New York State.

It was the second 9/11 scam to be revealed this week. On Monday, two New Jersey men pleaded guilty to raising and keeping $50,000 for a Sept. 11 charity that was supposed to help families who lost loved one in the catastrophe.

Thomas Scalgione and Mark Niemczyk never gave any of the more than $50,000 in proceeds to the victims’ families or to charities as promised, they told the court.