Citigroup is quick to their defense, firing  11 more employees (including 4 high-rank executives) to their costly fraud charges at their Mexican business.

Deal Book reports that on Monday afternoon, the board of the bank was briefed on an internal investigation into the $400 million fraud involving a large Banamex client. Citigroup’s chief executive, Michael L. Corbat, flew to Mexico City the next day and by Tuesday evening, the 11 employees in Mexico were fired, a person briefed on the matter said.

Among those fired were four of the bank’s top executives in Mexico: its head of corporate banking, head institutional risk officer, head of trade finance and head of trade and treasury solutions.

Some of the employees had worked at Banamex for as long as two decades and were not involved in the fraud directly. The bank fired many because they had not taken steps to detect the fraud or had ignored warning signs about the client, the people said.

The bank had previously fired one Banamex employee, who was arrested in February and is suspected of processing falsified documents that helped the client, the oil services company Oceanografía, obtain a loan that it cannot afford to repay.

The Mexican scandal has been an embarrassment for Citigroup, particularly because it is occurring during a rebuke by the Federal Reserve over the bank’s plan to increase its dividend and repurchase stock. In rebuffing the bank’s capital plan in March, the regulator did not mention the Banamex fraud specifically, but cited concerns about financial projections related to its international operations.

The surprisingly swift terminations this week show that the bank is scrambling to answer questions about its ability to manage its sprawling global operations. 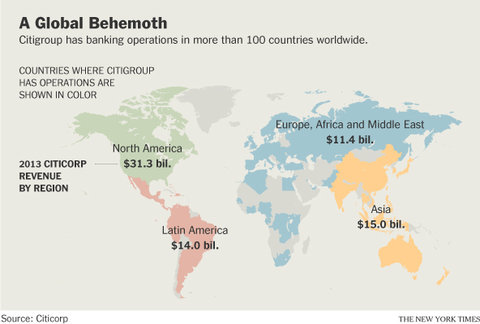 The fraud involving loans to Oceanografía — which depended on the government-owned oil company for nearly all of its business and has a well-known history of questionable finances — point to a potential weakness in controls. Whether Citigroup willfully ignored possible warning signs is the subject of an investigation by the F.B.I. and prosecutors from the United States attorney’s office in Manhattan.

Citigroup is keen to demonstrate to regulators and investigators in the United States and in Mexico that it is cracking down on its employees for not catching the fraud. But the breadth of the punishment could also suggest that the bank, despite assurances that the fraud is confined this case, has had widespread problems with controls and oversight across its Mexican unit.

“This is a large number of people being fired for cause,” said Jonathan R. Macey, a professor at Yale Law School. “But this kind of crime is at the core of the bank’s business.”

The only person arrested from Banamex is a regional bank employee who was held by Mexican police in a Gulf Coast state where Oceanografía has operations. That person was arrested before the company disclosed the fraud in February.

Authorities in Mexico are holding Oceanografía’s chief executive under preventive detention at his home in Acapulco.

No Citigroup executives in the United States have lost their jobs, but some employees at the bank’s New York headquarters could face pay cuts or other punishment after the internal investigation, a person briefed on that matter said.

In a memo to employees on Wednesday, Mr. Corbat warned that “before our investigation concludes, we expect several other employees, both inside and outside Mexico, may receive forms of disciplinary action as well.”

The bank also faces a parallel civil investigation by the Securities and Exchange Commission’s enforcement unit. The bank updated federal authorities and regulators this week about the early findings of the internal investigation, which is being conducted in part by the law firm Shearman & Sterling, another of the people briefed on the matter said.

Setting the events in motion, Citigroup’s board met on Monday for a briefing by a Shearman & Sterling lawyer and the bank’s point person on the internal investigation, Cheryl Rathbun, a senior risk officer.

The bank informed the 11 employees of their terminations before they left the office Tuesday night. Some of the employees had spent their whole career at Banamex. They will not receive pensions.

Mr. Corbat met with Banamex employees the next day, joined by the bank’s co-presidents James Forese and Manuel Medina-Mora, who also is the bank’s Mexico chairman. The three executives tried to reassure employees that Banamex, which Citigroup acquired for $12.5 billion in 2001, remains an important part of the bank’s strategy. 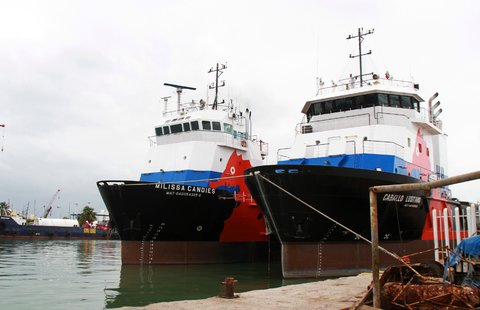 The question at the heart of this case is why Citigroup ever did business with a company like Oceanografía.

Adrian Virgen/ReutersTwo ships owned by Oceanografía, the oil services company at the center of a $400 million fraud against a Mexican Citi affiliate, Banamex, that may have erased 19 percent of its 2013 profits.

In 2009, United States ratings firm Fitch warned about Oceanografía’s high leverage and poor cash flow generation. Fitch eventually withdrew its ratings because the company was not supplying enough information. In 2008, Standard & Poor’s noted that Mexico’s congress had investigated accusations of improper deals between Oceanografía and Pemex, though no wrongdoing was proved.

Citigroup, through Banamex, provided $585 million of short-term credit to Oceanografía through an accounts receivable financing program.

Mr. Corbat said in the memo to bank employees on Wednesday that, “we are reviewing our controls and processes in Mexico and strengthening any area we think falls short of our global standards or best practices.”

Now, we want to hear from you! Would like to share your opinion or make a comment on the Unlock Your Wealth Radio Show? If so, then please leave your comment or questions in the space provided below and share this article with your friends and family on Facebook and Twitter. Your comments or question could be chosen as our featured Money Question Monday and a phone call by financial expert Heather Wagenhals could dial your way to be live on the Unlock Your Wealth Radio Show.
Source: Deal Book