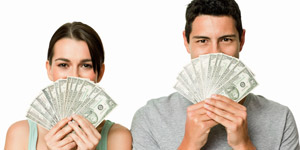 The truth of the matter is gender does play a role in personal finance and investing. According to the Today Show, their are major milestones in life—from marriage to buying a home and paying for college and all the way through to building the retirement nest egg and planning an estate—the way each half of a couple thinks and acts as an investor makes a critical difference in generating successful financial outcomes.

It’s something that Michael Liersch, Merrill Lynch’s director of behavioral finance, spends a lot of time thinking about.

Two major findings from Liersch’s field focus on the risk aversion of women and the confidence—to the point of overconfidence—of men.

“Women are much more willing to say they don’t know the answer to a financial question and, by asking questions, can become more informed,” Liersch said. “To ask for directions, you need to acknowledge multiple paths and want to find the most efficient.”

Brooke Harrington, a professor at the Copenhagen Business School, said, “Any man or woman aware of the actuarial reality should know that women live longer than men, and the woman should be willing to say, ‘Sure, it would be great to invest in that growth stock, but if I live 10 years longer than you, maybe it’s not such a good idea.'”

The confidence that is more typical among men when it comes to finances—outside of the context of professional investors, such as mutual fund managers—can be of service because it is a “lean in” approach that leads to a conversation. Extreme risk aversion on the part of women, on the other hand, can cause some to lean out, or shy away from ever getting to the table.

UC Berkeley economics professor Terry Odean, who has studied how overconfidence in men can lead to otherwise avoidable stock-trading losses, said it is hard to generalize about couples, because there is so much variation—for example, men are generally taller than women, but that won’t be true in the case of all couples.

If a couple does fit the stereotypes of a woman not wanting to invest anything and a man saying they should put the entire nest egg in gold, the good outcome would be compromise, Odean said, adding, “Follow the advice of a financial professional who says, ‘You are both wrong. You need to meet in the middle.'”

“The perception that there is something innately risk-averse about women and risk-seeking about men doesn’t have a good social foundation,” Harrington said. “Maybe a biologist could find something in our blood, but they haven’t yet.”

Another way to think about a blended risk tolerance is to stop thinking about gender entirely and focus instead on the benefit of group decision-making. It’s not the case that every woman will be more risk-averse than every man and every man overconfident, but individuals will bring unique experiences and views to the financial conversation.

Harrington’s dissertation was on diversity in investment clubs and how diversity influences investment outcomes. “What I saw is that women are less willing to take risk because of different circumstances. Minorities look a lot like women in terms of the risk profile. When you don’t have a lot to lose, you husband your resources more carefully,” Harrington said, adding, “If a woman won the lottery, I bet her risk tolerance would change.”

So after getting a little lost on the behavioral finance path, we can answer the question about the “asking for directions” metaphor: No, it is not enough to map out what really matters in building a family financial plan (these days, men don’t seem to mind the “stranger” known as GPS, anyway). As for the headline on this story, it was a trick question! The correct answer is, of course, both spouses.

Gender is just one way to think about the bigger investing psychology driver: individual risk tolerance. And individual divergence has one very big benefit: “Part of what makes for good decisions is diversity of opinions,” Harrington said. “You don’t need it to manufacture a cardboard box, but for other problems, like how to invest for maximum return, there is no one answer.”

The story of big-name investors like Warren Buffett is typically told as a “one man” narrative. Harrington, who once worked at asset-management firm Legg Mason, said that its legendary stock picker Bill Miller is advised by one of the most eclectic groups of people out there, from Ph.D.s in physics to secretaries he brought up through the Chartered Financial Analyst program.

“It’s not about who is louder, it’s about having two seats at the table and getting both people’s perspectives,” Liersch said. “Any time you can get two people at the table with very different perspective on risk, there is a huge benefit to that.”

Harrington went one step further. She said the sign of a really smart advisor is one who also meets with spouses separately, since some people are more dominant in social situations than others and that can lead to less-than-optimal decisions.

Merrill Lynch encourages both partners to participate together at all points in life. The actuarial tables on male and female mortality aren’t the only instance that highlight the need to engage at the group level. Consider cognitive decline. “Having someone else, an adult child or spouse, at the table to understand what’s going on is critical,” Liersch said.

There is one example of when it is probably better to keep finances separate.

Insurance, retirement, saving for college and the rest of life’s big decisions should include a seat at the financial adviser’s table for both spouses, but when it comes to the “man cave” purchases and luxury handbag sales, well … even thebenefits of group thinking have limits.

You can keep those financial decisions to yourself.