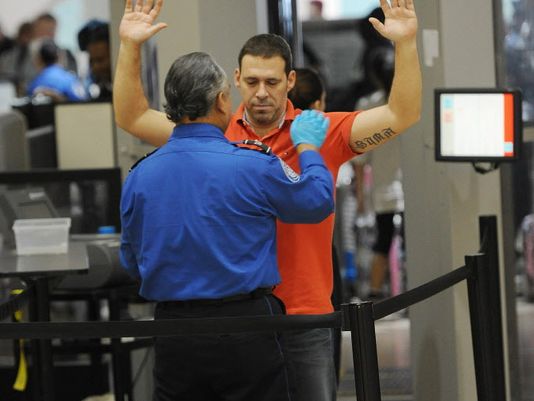 Transportation Security Administration fees, which are added to the price of airline tickets, are rising next month, but travel advocates say the agency will raise billions more than lawmakers intended by changing the definition of a flight.

According to USA Today, congress agreed in December to raise TSA fees as part of a budget deal. The agreement was to raise fees starting in July from $2.50 for a non-stop flight, or $5 for a trip needing a connecting flight, to a flat $5.60 each way.

But the agency proposes to change the definition of a round trip, according to details set to be published Friday in the Federal Register. Under the proposal, the TSA plans to charge a separate $5.60 fee for each leg of a flight in which a connection between domestic flights is more than four hours, or between domestic flights in Alaska or Hawaii and international destinations with layovers of more than 12 hours.

“We’re not happy about it at all,” said Charles Leocha, a consumer advocate who heads the group Travelers United. “For some reason, the government thinks that airline passengers are a bottomless piggy bank.”

Victoria Day, a spokeswoman for Airlines for America, which represents the largest carriers, said the group “strongly opposes” the TSA’s proposal, which “will disproportionately hurt consumers from small and rural communities who must often use more one-way trips to reach their final destination.”

TSA Administrator John Pistole responded to Leocha and the airlines in a letter that the fee will affect all travelers equally for one-way trips and that nothing in the law passed by Congress defined a round trip.

In December, Congress estimated the fee hike would generate $12.6 billion over the next decade to reduce the deficit. Travel-industry officials criticized the fee hike at the time for covering general government expenses rather than aviation priorities.

“Now, the implementation of that fee hike includes an extra dig on travelers — charging them per segment, as opposed to per trip, when their air travel includes a layover of four hours or more,” said Roger Dow, CEO of the U.S. Travel Association.

Round trip now means any trip leaving and returning to the same spot. This allows a traveler to fly from Seattle to Los Angeles, then head back and forth to Chicago over a period of days, before returning home to Seattle for $10 in security fees, Leocha said.

Under the TSA proposal, the same itinerary, with at least four hours between each flight, would cost $22.40 in fees. The TSA cited an example that could yield $28 in fees, if a traveler flew from Newark to Chicago to Denver to Las Vegas to Chicago to Newark, with four-hour connections between each city.

The TSA estimated the proposed fees would generate $16.9 billion more in the next decade than the current fee structure. The agency said in a statement Wednesday that revenue not designated for deficit reduction will provide for “civil-aviation security services.”

The agency said in its 42-page proposal the fees would apply to those who benefit the most from security services. The proposal said there was no indication how Congress wanted to treat flight segments.

But the chairs of the Senate and House budget committees, who agreed to the deal to raise the fee, said they didn’t intend to raise the cap beyond $5.60 each way.

“There is nothing in the language modification that reflects an indication to change the overall cap for air transportation fees,” Sen. Patty Murray, D-Wash., and Rep. Paul Ryan, R-Wis., wrote to Pistole on May 6. “It is inaccurate to cite congressional intent through the (budget agreement) as a basis for changes to the definition of a round trip.”

The TSA is collecting public comment on the proposal for 60 days, even though the proposal is scheduled to go into effect in 30 days unless the agency or Congress decides to change course.