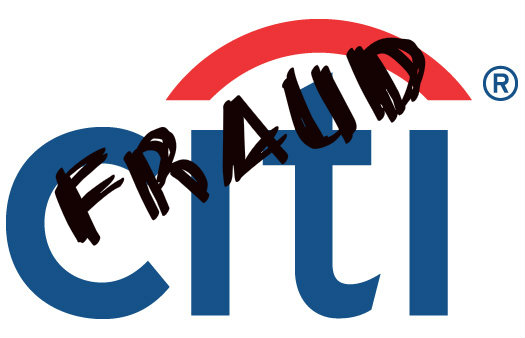 (Bloomberg) – Citigroup Inc. said it discovered that the private-security unit in its Mexican bank engaged in illegal and unauthorized activities that included working for people outside of the bank and using intercepted phone calls.

The fraud at Banamex, which began around 2000 and continued through last year, also included misreporting of gasoline expenses to inflate reimbursements from the bank, and shell companies were used to launder proceeds, said a person with knowledge of the matter, who asked not to be identified because the detailed results of a Citigroup internal investigation haven’t been disclosed. The fraud amounted to about $15 million, New York-based Citigroup said in a statement.

“While the fraud is not financially material, the conduct of the individuals involved is appalling,” Citigroup Chief Executive Officer Michael Corbat said in the statement. “Now that this investigation is complete, we intend to hold the individuals who conducted these activities accountable.”

The disclosure marks the latest setback for Citigroup in Mexico, where separate incidents involving fraud have cut earnings by $400 million. Earlier this month, the Mexican mediator appointed to work on the bankruptcy of client Oceanografia SA rejected at least 2 billion pesos ($150 million) of claims that Citigroup had sought.

Citigroup said on Oct. 3 that Banamex Chief Executive Officer Javier Arrigunaga had resigned because of “challenges” this year. The probe into the private-security group was among them, another person said.

There’s no evidence that the unit’s troubles were related to the Oceanografia case, according to the person.

Citigroup has since disbanded the unit, and the company’s global security staff will take over the job of providing those services in Mexico, according to the statement.

An internal investigation that started around the middle of this year uncovered evidence that employees had obtained recordings of phone calls without authorization, the person said. The communications of as many as 80 people were purchased and transcribed, according to one of the people.

While the unit was supposed to provide security to Banamex executives and board members, it also served clients and other parties who had relationships with the bank, the person said.

Vendors were overcharging the unit, and the people in charge are suspected of having received kickbacks, the person said.

Banamex formed the security unit in 1994 after the kidnapping of former executive Alfredo Harp, the people said. After Citigroup bought Banamex in 2001, the unit was retained because the bank’s Mexican executives didn’t want the quality and range of services to change, one of the people said.

Roberto Hernandez, a former Banamex chairman, continued to receive private security from the unit under an authorized arrangement after he retired, the person said.

The unit’s personnel included bodyguards, and it had a fleet of armored cars and operated surveillance equipment and alarm systems, a person said.

Federico Ponce, the executive who headed the unit when the alleged fraud took place, left the post in 2013, the people said.

Ponce said in a phone interview that while he oversaw the security unit as an internal lawyer serving Banamex’s board of directors, he didn’t directly manage day-to-day operations. He said he joined Banamex in 1992, and after his retirement on Dec. 31, he stayed on an adviser for several months at the request of the bank.

He said he had no knowledge of any fraud or incorrect use of intercepted telecommunications or recordings at the security unit, and that its books were reviewed annually by an internal Citigroup agency and an outside party. He said he was surprised by the Citigroup disclosures.

“This was an exemplary business,” Ponce said.