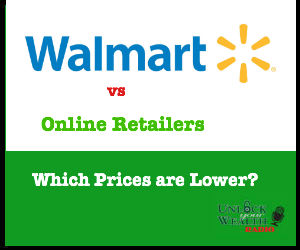 Sun Herald— Wal-Mart Stores Inc. is considering matching online prices from competitors such as Amazon.com, raising the stakes for the holiday shopping season.

The world’s largest retailer, based in Bentonville, Arkansas, has matched prices of local store competitors but has not followed other retailers including Best Buy and Target in matching prices of online rivals.

Wal-Mart is trying to rev up sluggish sales in the U.S. as it battles competition from online retailers, dollar stores and drugstores. At the same time, it’s also dealing with a slowly recovering economy that hasn’t benefited its low-income shoppers. As a result, Wal-Mart’s U.S. namesake stores, which account for 60 percent of its total business, haven’t reported growth in a key sales measure in six straight quarters.

But matching prices from sellers that don’t have the costs associated with running brick-and-mortar stores could also hurt profits.

Wal-Mart’s move underscores how stores are being forced to step up their game for the holiday shopping season, which accounts for about 20 percent of retail industry’s annual sales. The National Retail Federation, the nation’s largest retail trade group, forecasts a 4.1 percent sales increase to $616.9 billion for November and December from last year. But online sales, which are included in the forecast, are expected to increase anywhere from 8 percent to 11 percent.

Overall, stores need to ply shoppers with deals and free shipping to win their money. Target Corp. announced this month that it’s offering free shipping on all items for the holiday season until Dec. 20.

As for Wal-Mart’s price-matching policy, Deisha Barnett, a Wal-Mart spokeswoman, says many store managers have matched online prices for customers on a case-by-case basis.

“Taking care of the customers who shop our stores is what we always aim to do,” she added.

RELATED: 48 Billion Reasons Retailers Are Going To War With Apple

Wal-Mart has been trying to reclaim its role as the low price leader. This year, it rolled out an online tool called Savings Catcher that compares prices on thousands of products with those of some of its store competitors. If the tool finds a lower price elsewhere, it refunds the difference to shoppers in the form of a store credit. That’s different from traditional pricing matching because Savings Catcher does the work for the customer.

Wal-Mart told investors earlier this month that since the national launch in August, it’s had more than 5 million people using the tool and almost 3 percent of all receipts are submitted through the application.

Wal-Mart has matched advertised prices from competitors’ physical stores for several years. In 2011, it simplified the policy by making sure workers have the advertised prices of competitors on hand at the register, eliminating the need for shoppers to bring in an ad from a rival store.