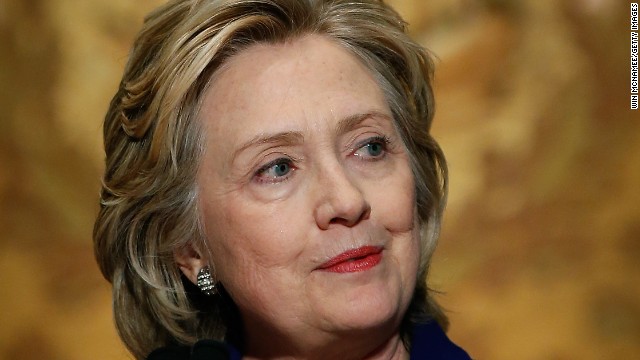 Former Secretary of State Hillary Clinton and her foundation continue to run into ethical issues as she prepares to launch a Democratic campaign for president in 2016.

In the latest development, Reuters reported Thursday that another Clinton charity broke an agreement she had with the White House while she served in the State Department. To avoid potential conflicts of interest, she promised to disclose all of her nonprofits’ donors.

However, that turned out to not be the case.

“In response to questions from Reuters, officials at the Clinton Health Access Initiative (CHAI) and the foundation confirmed no complete list of donors to the Clintons’ charities has been published since 2010,” Reuters’ Jonathan Allen reported. “CHAI was spun off as a separate legal entity that year, but the officials acknowledged it still remains subject to the same disclosure agreement as the foundation.”

CHAI spokeswoman Maura Daley acknowledged her organization had made a mistake.

“Not doing so was an oversight, which we made up for this year,” she told Reuters.

This revelation follows The Washington Post’s February report that the Bill, Hillary & Chelsea Clinton Foundation broke the agreement with the White House to limit its foreign contributions. Instead, the foundation took a $500,000 gift from Algeria, which at the time was actively lobbying the State Department on human-rights issues.

According to Reuters, the CHAI “oversight” also raises new questions about whether the State Department was able to review foreign governments’ donations to the organization, “which spends more than all of the other foundation initiatives put together.” Numerous foreign governments reportedly donated tens of millions of dollars to CHAI while Clinton served as secretary of state from 2009 to 2013.

Clinton aides and foundation officials have sought to downplay these developments, pointing instead to the positive work the foundation does around the world. A Clinton spokesman declined to comment to Reuters. Clinton and her foundation did not respond to a request for comment from Business Insider. AP/Hassan AmmarClinton with a Saudi official while she was secretary of state.

These ethics flaps highlight what has been a continuing source of controversy for Clinton and her front-running campaign for president: money.

She has been fiercely criticized for allowing her foundation to take contributions from oppressive governments. In addition to Algeria, her foundation has received millions of dollars from questionable sources like Saudi Arabia, which doesn’t let women drive, and Qatar, which has a history of supporting an Al Qaeda affiliate.

Additionally, as recently as Thursday, Clinton has continued to give controversial paid speeches, which reportedly command as much as $300,000 per event. Student leaders at the University of Las Vegas, a public school, openly urged Clinton to return what they called the “outrageous” $225,000 she reportedly charged to speak at the university in October.

Both Democratic and Republican strategists have told Business Insider that Clinton should be concerned about the damage this narrative could do to her future campaign.

“Accepting foreign donations is a huge conflict of interest, and their decision to reverse the ban is mind-boggling,” a Democratic operative said in February, calling it “a line of attack that should keep Hillaryland up at night.”

“You can kind of massage policy things, but these are just avoidable mistakes, and in many ways it feeds a narrative that’s far more damaging than if she wasn’t pure on trade, or healthcare, or some other issue — so, it’s baffling,” the operative said.

A GOP operative concurred and said Clinton’s personal wealth made these issues even worse for her.

“I think what you’re seeing is maybe one of the first big hits on her that seems to be resonating,” the Republican said of the Algeria donation. “It’s certainly raising ethical questions. And you can take it to the bank that the headlines that are being produced from these stories are going to be in television ads over the next few years.”

“The latest revelations about the Clinton Foundation’s shady deals are disqualifying,” Priebus said. “No one in their right mind, Democrat or Republican, can think the foundation receiving foreign government donations while Hillary Clinton served as secretary of state, and in violation of its ethics agreement with the Obama administration, is acceptable. This is symptomatic of the Clintons’ obsession with raising cash at all costs.”