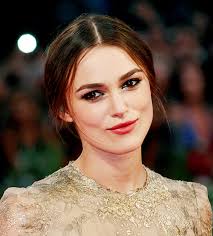 Actress Keira Knightley is a regular on the big screen, appearing in everything from the “Pirates of the Caribbean” franchise to the Oscar-nominated “Atonement,” but that doesn’t mean the 29-year-old is spending the big bucks.

After Glamour magazine asked Knightley about rumors that she allots herself $50,000 each year, the actress said in an interview: “Yes, it’s something around that. I mean, if I want or need something that goes over that, I get it, but, yes, around that.”

While it may sound like a lot to some, Knightley’s net worth is a reported $50 million, thanks to international hits like “Bend It Like Beckham” and “Pirates of the Caribbean: Curse of the Black Pearl,” which earned over $654 million at the global box office.

In 2008, Forbes named Knightley the second-highest-paid actress in Hollywood, after she raked in $32 million that year for her roles in “Pirates of the Caribbean: At World’s End,” “Atonement,” and advertisements for Chanel’s Coco Mademoiselle perfume.

So why does Knightley even bother giving herself a budget?

“I think living an expensive lifestyle means you can’t hang out with people who don’t live that lifestyle,” she says. “It alienates you. Some of my best, most hilarious times have been in the least luxurious places.”

RELATED: 10 Celebrities Who Filed for Bankruptcy

Knightley, who married Klaxon keyboardist James Righton last May, makes an effort to separate her personal life from her high-profile day job.