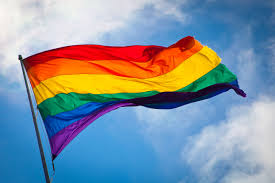 The Supreme Court heard arguments recently about whether all US states must issue marriage licenses to same-sex couples under the Constitution, and whether they must recognize same-sex marriages performed in other states where they are now legal.

A decision is not expected until June. But whatever the ruling, the financial implications could be huge for same-sex couples.

Money Secrets Your Significant Other Could Be Hiding From You

“The Supreme Court decision will affect where same-sex couples live, where they travel and where they die,” said Scott Squillace, an estate planning attorney in Boston and author of “Whether to Wed: A Legal and Tax Guide for Gay and Lesbian Couples. “It’s going to be a really big deal for everyone.”

For starters, individuals in a same-sex couple will be able to gift unlimited assets to their spouse, free from federal taxes, either during life or at death, said Tim Bresnahan, a vice president at Northern Trust’s wealth planning advisory services group with a focus on planning for LGBT individuals. (Under current law, you may have to pay tax on gifts of more than $14,000 in a year to any person other than your spouse.)

A Supreme Court decision against same-sex marriage would also dramatically change the financial plans for same-sex couples who were married before the court ruling.

“There are estate-planning issues and parental rights to consider in terms of holistic financial planning. And there are work-arounds for those who commit to living together,” said Maura Griffin, a certified financial planner and CEO of Blue Spark Capital Advisors in New York City.

For example, same-sex couples—whether married or not—can use a trust to protect their assets in the event of illness or death, which allows the assets held in trust to pass to beneficiaries outside of the often lengthy probate process, Bresnahan said.

Financial advisors recommend same-sex couples have a discussion about how the Supreme Court decision will affect their finances and consider the ramifications of all possible outcomes. “One size is not for all, so one broad answer wouldn’t address the factors involved. The financial choices are driven by individual goals and emotions,” Griffin said.

Currently, 36 states and the District of Columbia allow same-sex couples to marry. The status of same-sex marriages in Alabama is in dispute by conflicting state and federal rulings. Any ruling for gay challengers in the four appeals before the Supreme Court consolidated under the title “Obergefell v. Hodges” would make same-sex marriage legal nationwide, adding 14 states to those that already permit it.

There are about 390,000 married same-sex couples in the country, according to the latest Gallup survey Gallup. But an additional estimated 1.2 million adults are living in same-sex domestic partnerships.

“If the court rules in favor of marriage equality, the impact on those married LGBT couples living in states that do not recognize their marriage will be tremendous,” said Ryan Svatora, a financial advisor with Zinn-Ray-Svatora Wealth Management Group in New York City. “With their marriage finally recognized, the patchwork of federal and state benefits will end, full equality will be realized, and numerous financial benefits will finally be at the couples’ disposal.”

Now, we want to hear from you!  Would like to share your opinion or make a comment on the Unlock Your Wealth Radio Show? If so, then please leave your comment or questions in the space provided below and share this article with your friends and family on Facebook and Twitter. Your comments or question could be chosen as our featured Money Question Monday and a phone call by financial expert Heather Wagenhals could dial your way to be live on the Unlock Your Wealth Radio Show.