SYRACUSE, N.Y. – Scammers are trying everything to make an extra buck, and with counterfeit money on the rise, it’s important to know how to tell if your money is real or if you’ve been scammed out of twenty dollars.

RELATED: Scam Artists Come Up With New Ways to Fool You For Your Money

The U.S. Secret Service offers seven tips for what to do if you received a counterfeit bill. Jim Ford Jr., general manager of Ford & Bryant Car Care in Salina, who has been passed two counterfeit bills, offers his own seven tips to avoid taking fake money:

How to tell if a $20 bill is counterfeit

Here are some things to look for to check if a $20 bill may be counterfeit. The top bill is real, the bill on the bottom is counterfeit. Hover over the hotspots to read text. (Click here to view interactive graphic) 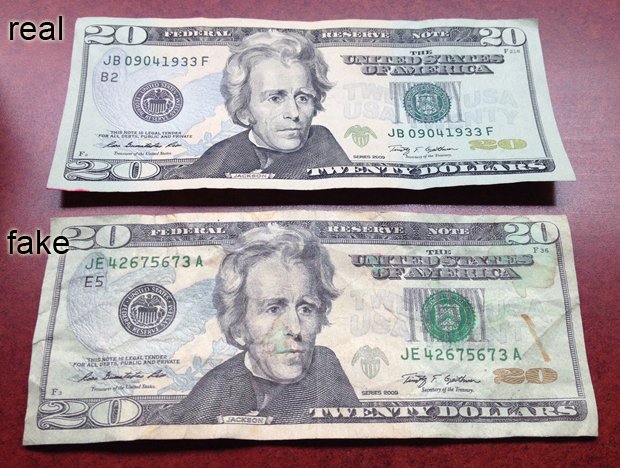