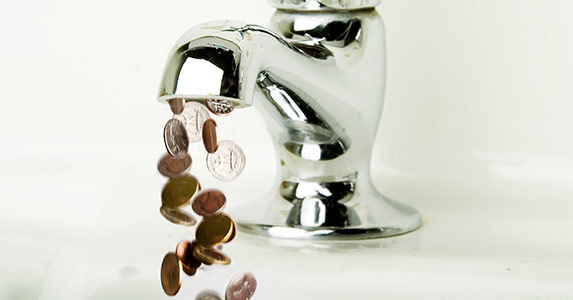 As Unlock Your Wealth Radio prepares for the upcoming Financial Independence Day on July 1st, 2015, we will contribute other financial experts and highlight articles based on the value of becoming financially independent and the importance of creating financial goals and taking responsibility for your money everyday.

Today’s article is courtesy of BankRate.com:

Ever feel like gathering up your bills in protest and throwing them in the nearest harbor?

OK, maybe you don’t have to be that dramatic. But you can declare war on your debt, assert your financial independence — and liberate yourself from fiscal stress.

All with a minimum of fireworks. (Although a parade would be nice.)

Like anything else, financial independence means different things to different people. To some, it means having the cash to buy what they want. To others, it means saving for retirement or a home. And for some folks, it simply means opening the bills without dread.

Whatever your definition, it means you command your money and not the other way around. That’s a victory worth celebrating.

It’s harder to overspend when you carry cash.

“You will spend less money when you know that, when the money in your pocket’s gone, you’re done,” says Larry Winget, author of “The Idiot Factor: The 10 Ways We Sabotage Our Life, Money, and Business.”

Unlike credit or debit cards, which can go over the limit or into a negative balance, “you can’t slide past zero when you carry cash,” he says.

“And that’s how you get in trouble,” Winget adds. “Plastic, when you use it, doesn’t show you’re out of money.”

There’s an upside to a full wallet. “I believe that it makes you feel more prosperous when cash is in your pocket,” Winget says. “You just feel better when you have money. You never feel broke — which is a sense of independence and power.”

You know that card that you’ve been “paying off” with minimum payments every month? The one with the astronomical interest rate? Draft a plan for getting that balance to zero.

You don’t have to put your savings or other obligations in jeopardy. No need to tap your entire bonus or the money you’d stashed for a vacation. You just need to throw more at it than the monthly minimum — preferably the same amount every month.

Figure out how much you can put toward it, and use an online debt pay down calculator to give yourself a payoff date. Play around with the numbers until you find a plan that works for you. Even though it won’t be paid tomorrow, you know you’ve stopped coasting and have taken control.

“When you make the plan, that’s a big step,” says Chris Farrell, economics editor of “Marketplace Money.” “It doesn’t look like much at first. But it’s like the train that keeps getting faster and faster.”

And you may want to buck common wisdom and pay off the smallest balances first, says Winget. Seeing that zero balance sooner “gives you more of a sense of power,” he says.

3. Charge Only What You Can Pay Off That Month

How would you like to instantly lower your APR to zero — and raise your credit score at the same time?

The trick is to limit new card spending to only what you can afford to pay off at the end of the month. Want to charge that $500 TV, but you can write a check for only $250? Bank that $250 for 30 days. Next month, charge that television and put a $500 check in the mail to your card issuer.

You gain the convenience of any buyer’s protection (from loss, theft and breakage) that your card provides, plus the right to dispute charges if the seller does you wrong. You lose something valuable: a climbing card balance that racks up interest.

Financial freedom is “all about developing good habits,” Farrell says. “And that’s a really good way to develop a good habit.”

When your Social Security tax dropped 2 percentage points at the beginning of 2011, what did you do with the money? Chances are the answer is “nothing much.”

If you’re like a lot of people, that extra cash just disappeared into (and out of) your bank account, says Wayne Bogosian, president of the PFE Group in Southborough, Mass., and co-author of “The Complete Idiot’s Guide to 401(k) Plans.”

A better move is to take any money you’re already used to living without, and consciously put it toward one of your goals, Bogosian says. “Redirect it to some higher cause. You’ve already learned to live without it.”

This works for the car you’ve paid off, a rolling card balance you’ve zeroed out or even a raise or bonus from work, he says.

So whether your goal is a little extra in the emergency fund or an extra-special vacation this year, your “found money” is going where you put it. And you can find it when you need it later.

Almost every budget has a little waste. Unused cellphone minutes. Cable packages with way more programs than you could ever watch. Junk fees you never question (or even notice) anymore.

But plugging those leaks can produce a nice stream of money to redirect.

“Don’t assume what you’re paying today is the least expensive option,” Bogosian says. Bought a life insurance policy three or more years ago? Chances are if you shop it, you can get the same coverage for substantially less today, he says.

With some bills, “spending can outpace your needs,” Winget says. They become “inadvertent money wasters.” Recently, Winget looked at his phone bill and realized he was paying for more minutes than he used every month. “I wasn’t aware I was spending money that I didn’t need to spend,” he says. “I adjusted my plan and saved $30 a month.”

Your savings can be affected by what you don’t know.

Many of today’s 401(k) plans have automatic enrollment. Unless you indicate otherwise, you’re automatically enrolled in the company plan, Bogosian says, and the default savings strategy might not match your goals.

While having automatic deductions is a great idea, take the strategy decisions off autopilot and think about where the money is going and how it’s being invested, he says.

One big decision is how much to invest. “The easiest thing to do is say, ‘What will they match?'” Bogosian says. “Whatever they’ll match, that’s the least amount you put in.”

Unsure where to put the money initially? “If you don’t like target-date options, just choose a balanced fund,” he says. They have “the best risk-reward trade-off.”

7. Take Care of Yourself

Your health has a huge impact on your finances.

If you’re healthy, you’re free to pursue interests that generate income. If you’re unwell, the cost of health care can sap your savings. All of which makes good health a valuable asset to nurture, Bogosian says. “It has huge implications.”

Eating healthy food, getting exercise, getting enough sleep and ditching bad habits are, literally, putting money in the bank.

Health affects insurance costs. Many “companies today have realized that the biggest reason people are not living a healthy lifestyle is because they haven’t looked in the mirror,” Bogosian says. Toward that end, some employers offer cash premiums every year for employees who take a quick self-assessment quiz, he says.

Is your spouse on the company insurance? If you both take the quiz, you may be able to double your payout, he says.