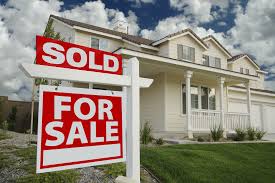 U.S. homebuilders are feeling more confident about their sales prospects than they have since last fall, while their outlook for sales over the next six months is at the highest level in 10 years.

The National Association of Home Builders/Wells Fargo builder sentiment index released Monday climbed to 59 this month, up five points from 54 the May reading.

RELATED: Keys To Riches™ This Week: To Remember Real Estate

Readings above 50 indicate more builders view sales conditions as good rather than poor. The latest reading is up 10 points from a year ago and is at the highest level since September.

The robust jump in confidence among builders reflects improved demand for new homes so far this year despite a sluggish start to the spring home-selling season. A brutal winter shut down construction sites and slowed buyer traffic at open houses earlier this year.

Job gains over the past year have put homebuyers in a stronger financial position, which has helped drive sales higher. Employers have added more than 3 million jobs as the unemployment rate has steadily dropped to 5.4 percent.

In April, new home sales recovered from a 10 percent dip in March, climbing 6.8 percent to a seasonally adjusted annual rate of 517,000. That’s still below the 700,000 pace that economist say indicates a healthy market.

Even so, sales of new U.S. homes are running 23.7 percent higher through the first four months of the year than the same period in 2014.

Homebuilders also have benefited from a tight supply of available homes for sale, which has helped lift home prices. Over the past 12 months, the median sales price for new homes has risen 8.3 percent to $297,300.

Rising mortgage interest rates may be creating some urgency among would-be homebuyers.

The latest NAHB index was based on responses from 246 builders. Its measure of current sales conditions for single-family homes jumped seven points to 65, the highest reading since November 2005.

Builders’ outlook for sales over the next six months climbed six points to 69, also a high not seen in 10 years.

A gauge of traffic by prospective buyers rose five points to 44, the highest reading since January.

Though new homes represent only a fraction of the housing market, they have an outsize impact on the economy. Each home built creates an average of three jobs for a year and generates about $90,000 in tax revenue, according to NAHB data.