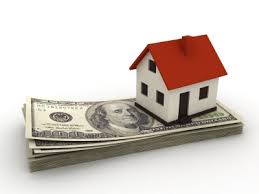 Paying off a loan faster than scheduled is pretty simple, right? All you have to do is save money. Doesn’t seem that hard, right? Well, for couples like Andrea Stewart and Jerimiah Honer who decided to repay their 30-year mortgage in just seven years, this really wasn’t too hard to accomplish. By doing so, they saved more than $130,000 in interest. Now the couple has an opportunity to achieve other goals, like invest beyond their property and existing retirement funds, travel and maybe do a little shopping. The frugal pair hasn’t done a lot of that in the last several years.

Stewart, 32, and Honer, 36, worked hard to save money as they tried to accelerate their loan repayment, but they acknowledge they also had a lot of luck. Paying off debt is a different journey for everyone, but here’s how they quickly achieved their dream of owning their own home.

Stewart and Honer bought their house on a 0.10-acre lot in Sacramento for nearly $300,000 in 2008. Their combined annual income from their full-time jobs amounts to roughly $150,000, but they received supplemental income from a variety of sources along the way to repaying the mortgage. They made a 10% down payment and received a 30-year mortgage with a 6.75% interest rate, but they refinanced twice, to 5.25% and then to 3.875%. Honer calculated their estimated savings of $130,000 using the lowest rate. The couple had some student loan debt when they took out the mortgage, but by paying an additional $200 a month toward their education debt, those loans were paid off by the end of their first year in the house.

That’s when they switched their attention to the mortgage.

How They Paid Off a 30-Year Mortgage in 7 Years

The property itself had a huge impact on the couple’s ability to put a lot of money toward their home loan. The house is close to downtown Sacramento, allowing them to easily commute by bicycle and sell their second car. Honer and Stewart also grow most of their own food.

“It’s actually easier to go into your backyard and pick things than go to the grocery store,” Honer said. “We like the organic element as well as it’s a huge bill cut.”

Not only did they save a lot on gas, vehicle expenses and grocery bills, they also budgeted as if they made less money in the first place. Honer crunched the numbers, and even though both he and Stewart have full-time jobs, they figured out they could manage under one income. The second income went toward the mortgage, and Honer made his own amortization schedule to determine how much they could afford to pay (and eventually save).

Much of their success stems from their mindset toward money.

“I think we were always frugal to begin with — we’re both savers,” Stewart said. “One of the things we asked ourselves when we made a purchase was, ‘Is this really going to make us happy?’ … We try to have experiences like traveling and things like that, yeah, but I don’t think [we like] a lot of stuff.”

Or, as Honer puts it: “We don’t know how to spend money anymore. We kind of forgot.” He also said that they’re not “big credit people,” and even though a mortgage is a helpful credit instrument, it was important to them to be out of debt as soon as possible.

Tips for Paying Off Debt Fast

For anyone interested in trying to replicate their success, there are a few things to know. First, they paid off their other debt obligations (student loans). In addition to cutting out expenses and keeping to a strict budget, Honer and Stewart received some money besides their regular income, which they put toward the loan. The two are aspiring writers and made some money from side gigs, but they also received personal-injury settlements from two separate times a car hit one of them while riding a bicycle. Getting hit by a car isn’t exactly good fortune, but the settlements amounted to $37,000, which helped cut down the debt. Inspired by a friend’s successful pregnancy through egg donation, Stewart twice donated eggs and received about $6,000 each time.

Their story is a combination of hard work, a solid financial situation and luck, but a lot of their success comes down to decision-making: They could have done a lot with their regular income and the additional money they came into, but they chose to put it toward a specific goal. That means their home cost them thousands of dollars less than it could have if they paid for it on schedule.

There’s not much they would have done differently, though they admit they could have saved more, rather than just pay off the home loan and contribute to their retirement accounts. Honer and Stewart don’t see themselves changing their spending habits now that this huge loan is behind them, and they plan to stay in the home for a long time. Now they’re interested in exploring other investments and maybe even retiring early some day.

“I hope it helps some people,” Stewart said of her decision to share their story. She posted about it on Reddit, where it generated a lot of conversation. Her advice? “I would say just think about what makes you happy.” That’s what drove their decisions, and it kept them on track for years.