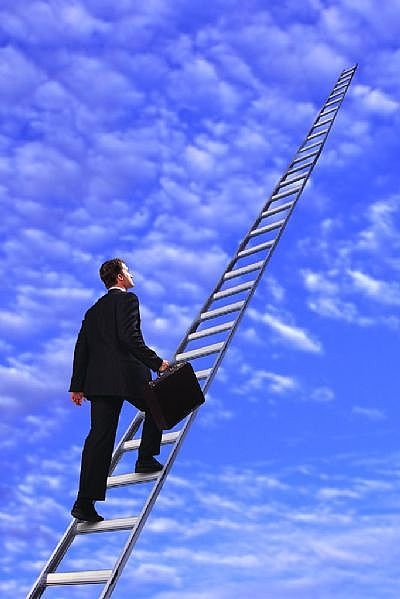 Are you anticipating a long-overdue promoting that never seems to come your way? Well, climbing the corporate ladder can be a little steeper than you imagined. In fact, twenty-six percent of workers said that one other their goals in 2015 was to get promoted and 39% said they sought out jobs with advancement opportunities, according to a survey by CareerBuilder. Yet moving into a position with more seniority can be difficult for many people.

You may think you’re a stellar performer and a key part of your company’s team, making you a shoo-in when a better job opens up. So when you don’t get that anticipated bump in status and salary, it can be pretty confusing. Though there are often multiple factors involved when you’re not advancing at work, here are seven things that could be holding you back at the office.

1. You aren’t stepping up

When CareerBuilder asked hiring managers about what qualities keep an employee from receiving a promotion, 71% percent pointed to an unwillingness to take on extra work outside of their assigned responsibilities. Uttering the words “that’s not my job,” is a clear promotion-killer, it seems.

“[P]eople who volunteer to do work that needs to be done, even when outside their role or even their function, are often seen as the ‘go to’ people within their organization,” wrote Jennifer Dulski, president and COO of Change.org, in a blog post on LinkedIn. “Those ‘go to’ people are the most trusted, and the most likely to be promoted, because they’ve already shown they can take on more than what they are currently doing.”

2. You’re not the boss’s favorite

Bad news: There’s a good chance your boss has already decided who he plans to promote before the selection process even starts. Fifty-six percent of bosses said that they had a person in mind before the formal review of candidates began, a 2011 Georgetown University study found. The vast majority — 92% — said they had seen favoritism play a role in decisions about who to promote.

Getting around the favoritism problem is tough. Staying on your boss’s good side will help, but if you are consistently being skipped over for promotions while senior management’s buddies get plum jobs, it may be time to start looking for opportunities elsewhere.

3. You can’t get along with your co-workers

You may be great at your job, but if your personality doesn’t mesh well with your boss or your co-workers, you may find yourself left behind when it comes time for a promotion. People who are able to form friendships with co-workers are 40% more likely to be promoted, according to Fortune magazine.

Sometimes, you’re just in a situation that’s a bad fit. Perhaps your colleagues are a bunch of of chatty extroverts and you’re a quiet introvert. Other times, the problem is you. If you’re unfriendly, arrogant, or bad-tempered, you may well be passed over for a promotion just because people don’t want to deal with you. In either case, making an effort to connect with your co-workers may mean a smoother path to career success.

RELATED: Find Out if Your Finances Are Healthy

Fear of change might be keeping you out of a corner office. Thirty-five percent of CFOs surveyed by Accountemps said that easily adapting to change was the most important factor in success at work. After all, if you have trouble adjusting to minor changes in processes and procedures at work, management isn’t likely to have confidence that you can take on a new job with more responsibility.

Grasping overachievers can sometimes do themselves more harm than good in the workplace. If you’re focused on simply getting ahead by working hard rather than strategically improving your own and your company’s performance, you may not advance as quickly as you would like. Millennials may be particularly likely to get stuck in the overachievement trap, say some experts.

“[Millennials] will often attempt to get a promotion by doing ten times more work and will get frustrated when they aren’t promoted into a more strategic or managerial role,” wrote S. Slade Sundar in a blog post on LinkedIn. To advance to a new position, you’ll need to prove you’re more than just a nose-to-the-grindstone type.

6. You don’t dress the part

Looks still matter when it comes to getting a promotion. Eighty percent of executives surveyed by OfficeTeam said that an employee’s sense of style (or lack thereof) influenced whether they were promoted.

“Although a polished appearance alone won’t land you a promotion, it can help others envision you in a leadership role,” OfficeTeam executive director Robert Hosking said in statement.

7. You just haven’t earned it yet

Sure, no one wants to remain stuck at the bottom of the corporate pyramid forever. But sometimes, moving up at work requires patience. Millennials are more likely than older generations to expect promotions more than once a year, according to the Society for Human Resource Management. But if you’re at a company that isn’t as quick to hand out new job titles, you may have to wait longer — or risk rubbing people the wrong way by demanding too much, too soon.

“I’ve heard many people say they wished these young employees would dig in a bit longer not to just learn the job, but also to master and even transform it before raising their hands for something new,” wrote New York Times columnist Adam Bryant in a LinkedIn blog post.