Donald Trump is a bragging candidate, but more so on the topic of money than anything else. He’s known for how much money he’s made during his time in business and he frequently mentions that he is “really rich” and that he built a “great company” that made him a fortune that he claims is around $10 billion.

A number of Trump’s businesses have been recipients of campaign expenditures from the GOP nominee, which has the look of Trump essentially putting donors money into his own pockets.

RELATED: Ex-Students of Trump University Say It Was A Money-Sucking Scam

But it should be noted that during the primary, Trump spent $50 million of his own money, in the form of a loan that was forgiven, on his campaign.

That means at least some of the money that his campaign spent out to Trump businesses, may have mostly been his own. So it’s hard to claim that Trump is actually making money on running for president, at least not yet.

What’s more, many of the campaign expenditures on Trump businesses may have been made before Trump began raising outside money in earnest, an effort which didn’t begin until late June.

Nonetheless, here are five ways Trump has used campaign funds to benefit himself financially, and how much he has made so far:

Like a lot of people who run for president, Trump released a book where he detailed why he was running and what his plans were. Trump, according to the Daily Beast, spent more than $55,000 at Barnes and Noble buying copies of the book, which not only funnels money to the candidate but also pumps up the books sales totals. Oh, and it may well be illegal, elections experts told the Daily Beast.

Trump tower, where his campaign is based.Photograph by Kathy Willens — AP

As you might expect, Trump’s campaign offices are located inside Trump Tower, the building bearing his name in New York City. What might not be as obvious, though, is that Trump is charging his own campaign team rent, and according to an analysis by the Huffington Post, the money spent on rent went up in June, when he started using donors money to pay the fees. This is because the amount of space the campaign rented went up — though the total staffers actually went down. 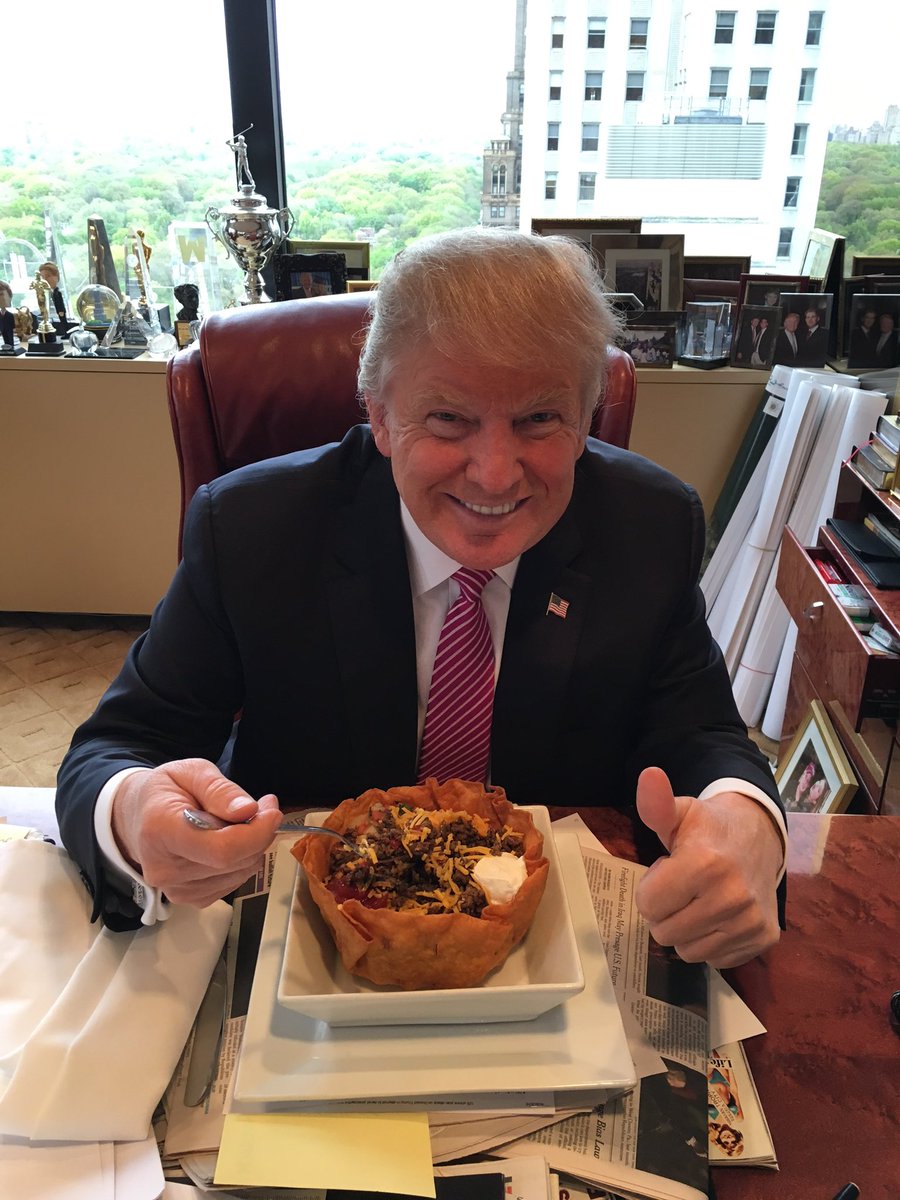 More than just rent is paid at Trump tower, though. There’s also food bought in the cafeteria and restaurant. Money was also spent at other Trump-related food brands, including Trump Ice and Trump Winery. (Though likely not Trump Steaks which, despite Trump’s claims, no longer exists.)

RELATED: How Trump Effects Your Wallet

Trump and his staff also has to have somewhere to stay when he travels. Whenever possible, that place will be a Trump property. According to the Washington Post, Trump spent $400,000 at his Mar-a-Lago resort in Florida in May, plus around $200,000 at other Trump properties.

Trump gives a thumbs up to the crowd walking off his plane at a campaign rally on March 12, 2016 in Vandailia, Ohio.Ty Wright — Getty Images

Trump likes to fly in style—generally in a plane that bears his name. The Post reports that thusfar, Trump’s campaign has spent $5.6 million at TAG Air, the fleet of private jets the candidate owns.